Editor’s note: The following article was published in the Thursday Mirror, but due to an error with a page layout program, last names were inadvertently changed. The following is a corrected version of the article. By Kay Stephens kstephens@altoonamirror.com HOLLIDAYSBURG — A Blair ...

Three police officers were injured by a city man and his dog late Tuesday after responding to a domestic dispute, according to Altoona police. Just before 11 p.m. Altoona police were dispatched to 229 21st Ave. and encountered a woman and her daughter outside the home. Locked inside the home ...

(Editor's note: This story was corrected at 8 a.m. Monday to fix several misspellings.) HOLLIDAYSBURG — A Blair County jury convicted an Altoona man Wednesday of criminal charges identifying him as a cocaine supplier for two drug sales in 2016. Troy Joseph Adams, 36, who testified in his ...

An arrow recently painted on the side of the Wise Guys Pizza building downtown directs customers toward the shop’s front door, but it might as well point to City Hall, where the city’s Zoning Hearing Board will decide whether the arrow — and the rest of the graphics of which the arrow is ... 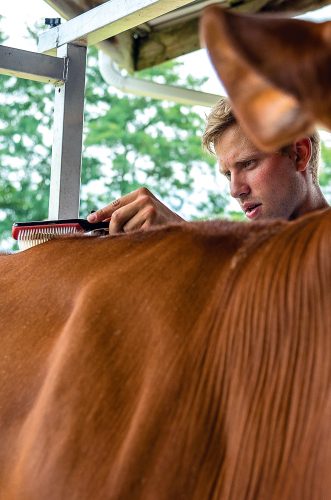 Jared Helsley of Bakers Summit grooms a cow before showing it on Wednes­day at the Morrisons Cove Dairy Show in Martinsburg. Photo for the Mirror by Isaac Ritchey

TYRONE — A Bellwood man faces charges after police say he had sex with a 15-year-old girl. James C. Eckenrode, 20, of 401 S. First St., turned himself in to state police Tuesday to face felony statutory sexual assault and related charges stemming from his alleged contact with a 15-year-old ...

CLEARFIELD — A Clear­field County woman connected to a drug ring bringing in an estimated $1.5 million worth of drugs from Ohio was placed into a state program Tuesday. Joyce Lee Merritts, 33, and her husband, Jason Lynn Merritts, 37, were arrested for selling methamphetamine after an ...

Four people face charges after a large fight on the 1000 block of Fifth Avenue. Altoona police responded to 1024 Fifth Ave. about 12:30 a.m. Wednesday where witnesses told officers a large group of people were fighting inside a house and on the street. According to the charges, Troy Barr, 51, ...

The Blair County office of PA CareerLink has opened a new site at 536 Third Ave., Duncansville. “We’re very excited to offer another location to our Blair County customers. Population maps and intake numbers showed that many CareerLink clients might be best served by a facility that is ...

JOHNSTOWN — Laurel Highlands Historical Village will conduct a food drive for area veterans from 8 a.m. to 6 p.m. Friday at the Johnstown Walmart. The group will be collecting food items, paper goods, used kitchen tools and small kitchen appliances, fans, towels and other miscellaneous ...

HUNTINGDON — State police are investigating the death of an inmate at the State Correctional Institution at Huntingdon. Corrections officers discovered inmate John Marlin Gelencser, 52, unconscious in his cell during a routine check of his housing unit at 3:56 p.m. Tuesday. The officers ...

An Indiana University of Pennsylvania student from Pittsburgh’s South Hills died when two Jet Skis collided off Hilton Head, S.C., about 12:30 p.m. Tuesday, according to published reports. Ciara Eiriz, 20, of Pittsburgh, was pronounced dead at the boat dock, The Island Packet newspaper ... 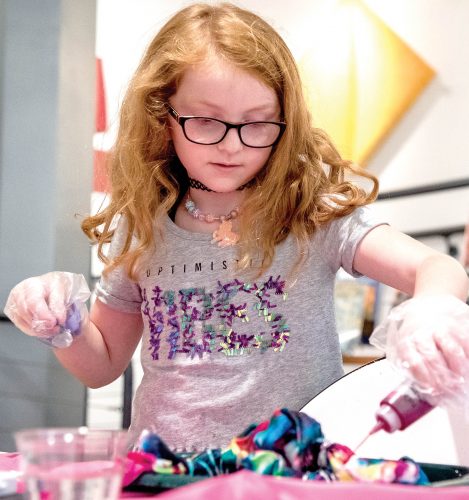 A work of art

Rebecca Kopac, 7, of Hollidaysburg creates a masterpiece by dyeing a white T-shirt Tuesday afternoon during the art camp at the Southern Alleghenies Museum of Art. (Photo for the Mirror by Isaac Ritchey)

Nine years after it first proposed to sell its 10 “scattered site” public housing properties, the Altoona Housing Authority has sold the final one. It sold the rest this year with the help of Clyde E. Yon & Associates, obtaining a total of $495,000, $31,000 more than the collective ...

HOLLIDAYSBURG — A Blair County jury has acquitted an Altoona man of illegal gun possession offenses after city police in December found a handgun under the seat of a vehicle in which he was a passenger. Defense attorney Anthony Kattouf, on behalf of 36-year-old Joseph D’Agostino, told the ...

TYRONE — A Harrisburg police officer turned himself in to police in Blair County on Tuesday to face charges he sexually assaulted a woman after she woke up to find him inside her Tyrone apartment. Mitchell C. Moyer, 28, of Harrisburg, appeared before Magisterial District Judge Fred Miller ...

HOLLIDAYSBURG — Blair County property owners who want to appeal the value assigned to their property for use in calculating 2020’s real estate tax bills have until Thursday to file an appeal notice with the county. Assessment appeal forms are available on the county’s website at ... 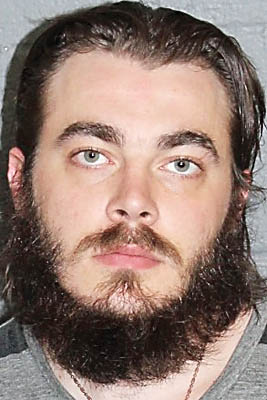 An Altoona man is in jail after state police say he sold crystal methamphetamine to fellow residents of a halfway house. Trevor M. Keller, 23, was arraigned Monday morning on felony and misdemeanor drug charges stemming from the alleged discovery he was selling methaphetamine at Pine Ridge ...

EBENSBURG — Concerts in the Park again be held in Penn Eben Park, 227 West High St. from 6 to 9 p.m. Fridays in August. “We’ve booked different types of bands in an effort to appeal to all generations attending the concerts,” said Danea Koss, community development director. “Penn ...