Man accused of assault to face trial on charges 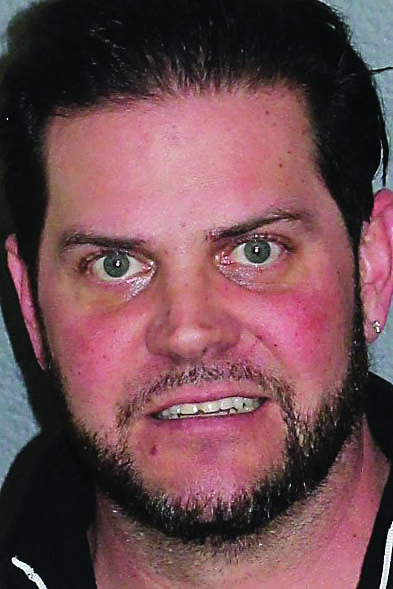 Charges against a Hollidaysburg man accused of assaulting his wife in late March are headed to Blair County Court.

“This is not going to be a plea deal case,” said Michael Cohen, the attorney for 44-year-old Matthew Shoenfelt, after Shoenfelt’s preliminary hearing Wednesday at Central Court.

“At the end of the day, this is a he-said-she-said case with minimal evidence,” Cohen said, stressing Shoenfelt maintains his innocence and is grateful for all the support in the community in the days since his arrest March 31.

Altoona police Patrolman Garrett Trent was the only witness to take the stand on Wednesday during Shoen­felt’s preliminary hearing before Magisterial District Judge Ben Jones.

Trent testified how officers showed up at the California Avenue home of Shoenfelt’s wife, with whom he had been estranged, on Sunday, March 31, and were told Shoenfelt had assaulted her over a two-hour span the night before.

It had been the first night he was staying with her after being separated, and Shoenfelt allegedly became upset when the couple went to bed after entertaining friends. Although naked together in bed, his wife declined to have sex with him, according to the charges.

Shoenfelt is accused of striking the woman multiple times with his fists and open hands as well as choking her during the two-hour incident.

During the hearing, Trent showed the court pictures of bruising on the woman’s neck and de­scribed her as having injuries all over her body, including a large “road rash” brush burn on her hip — allegedly caused when Shoenfelt chased her naked into the street and tried to drag her back inside.

Cohen asked Trent if the brush burn could have been caused by a fall, which Trent acknowledged was possible, and also asked the officer why an alleged bite mark on her face that he mentioned in testimony didn’t appear in the original charges.

Trent said he didn’t know why that detail wasn’t included, and when Cohen asked how he knew it was a bite mark, the officer said it wasn’t hard to see.

“Any lay person would have been able to see the individual teeth marks on her face,” Trent told the court.

Through his questioning, Cohen asked how much Shoenfelt’s wife had to drink and whether she texted her husband after she fled to a friend’s home, where after sleeping a few hours, she then returned home and called the police.

Trent said she wasn’t intoxicated when he spoke with her, and he was unaware if she had tried to contact Shoenfelt after the alleged incident.

Trent said since she said it was her phone, he was charged.

Cohen also challenged the felony aggravated assault with a deadly weapon charge levied because Shoenfelt allegedly held a knife against his wife while threatening to kill her.

Blair County Assistant District Attorney Derek Elensky argued that the charge was appropriate and upheld by case law since Shoenfelt took a significant step by threatening his wife while holding the knife against her, despite a lack of physical injury.

Jones agreed and said there was enough evidence shown for all the charges to send the case to Blair County Court, adding the question of whether Shoenfelt actually robbed his wife was one that had to be answered at trial.

Shoenfelt, who is equipped with a GPS tracking ankle bracelet as part of his bail conditions, remains free on a $60,000 cash bond.

In all, he faces felony charges of aggravated assault, robbery, kidnapping and strangulation as well as misdemeanor counts of simple assault, unlawful restraint and terroristic threats. A misdemeanor charge of prohibited offense weapons was added at the start of the hearing because the knife was allegedly a switchblade.

Shoenfelt is scheduled to appear for a formal arraignment in late May in Hollidaysburg.