Mirror photo by Patrick Waksmunski / The Omni Bedford Springs Resort underwent a $120 million renovation about a decade ago that restored the resort after years of neglect and flood damage left it in a decrepit state.

Mirror photo by Patrick Waksmunski / A golfer swings at the ball at the Omni Bedford Springs Resort golf course recently. 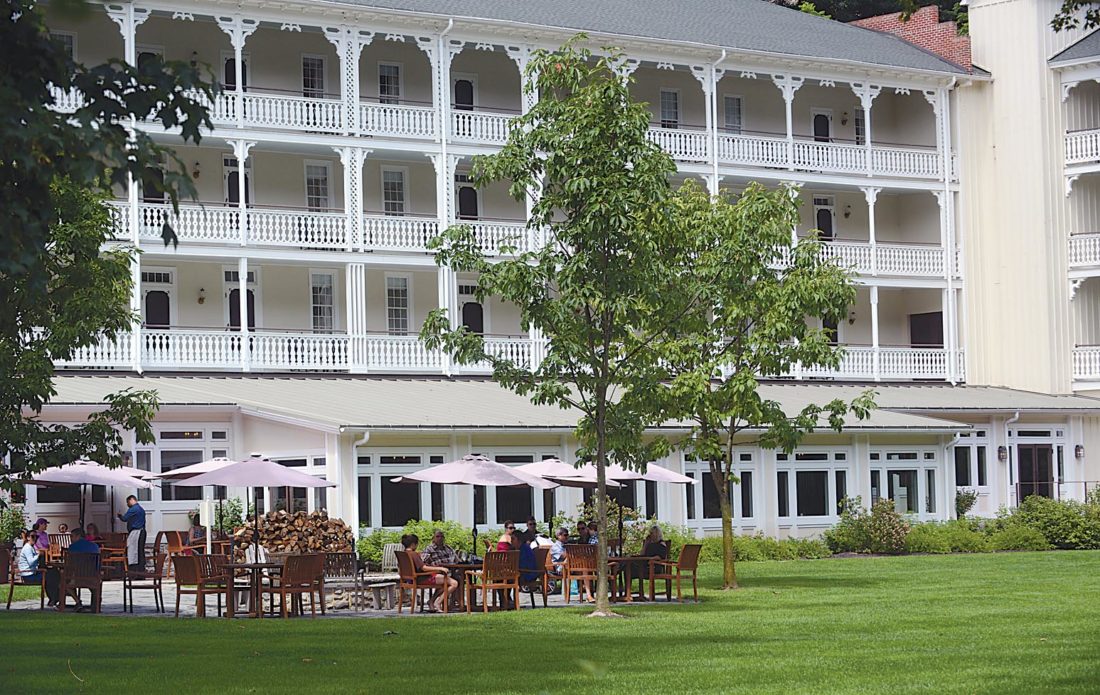 Mirror photo by Patrick Waksmunski / The Omni Bedford Springs Resort underwent a $120 million renovation about a decade ago that restored the resort after years of neglect and flood damage left it in a decrepit state.

BEDFORD — Its rooms had sat empty for years, the floors washed away by floodwaters. Paint was peeling from its Greek Revival entryway, giving it the look of a decrepit mansion in an old gothic novel.

By the early 2000s, the Bedford Springs resort — once a vacation spot for celebrities and presidents — had deteriorated almost beyond recognition. It would take a new owner and a $120 million renovation to restore it to its 19th-century glory.

That was 10 years ago. In the decade since July 2007, when it reopened as a luxury destination, the facility has remade the Bedford area — spurring new outdoor projects, creating an enormous new tax base and helping to redevelop the downtown business district.

“When I look at the Omni, I consider them a community partner,” county Commissioner Chairman Josh Lang said. “They’ve worked a lot.” 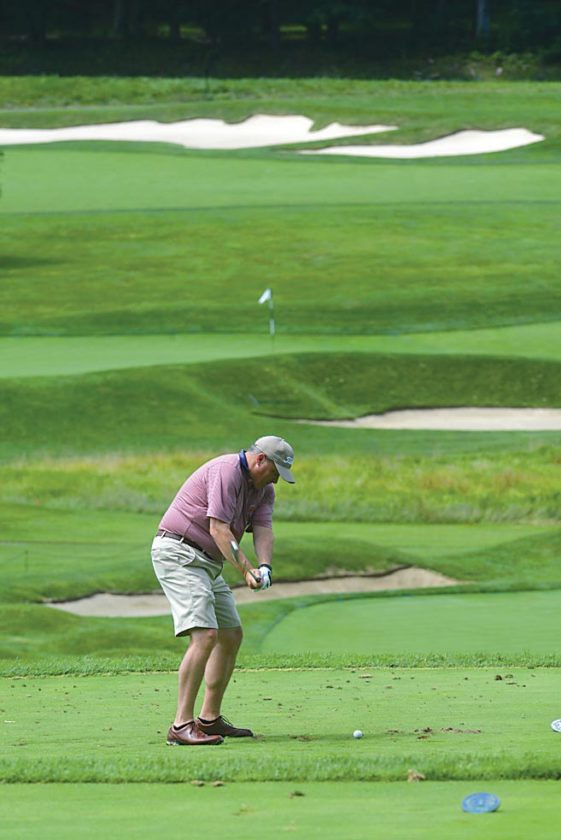 Mirror photo by Patrick Waksmunski / A golfer swings at the ball at the Omni Bedford Springs Resort golf course recently.

On any given afternoon, especially a sunny one, a passing driver can spot shoppers strolling on the scenic trail that runs south of Bedford Borough.

Many are on their way downtown, where they might look for high-end clothes or antique jewelry and dine on lobster-truffle macaroni and cheese.

They’re certainly not all from Bedford, where the estimated median household income of $42,000 sits well below both the state and national averages. There’s a good chance they’re some of the more than 200,000 guests who stay at the Omni Bedford Springs Resort each year (with more who don’t stay overnight to appear on official rolls).

The resort has helped change the face of the borough in the last decade, lending a chic image to a town that sits more than an hour from any major city.

“In the time that I have been here, we have definitely seen businesses that rely on Bedford Springs guests for part, if not most, of their success,” said Kellie Goodman Shaffer, president and CEO of the Bedford County Chamber of Commerce.

A walk downtown makes this plain: A juice bar sits near an alpaca clothing shop and a store that sells fair-trade imports from overseas, all flanked by bistros and taverns.

“With the sheer number of people that come through the Bedford Springs resort … they don’t stay there the whole time, they come out into the community,” Shaffer said.

It’s not just new businesses that have sprung up in the past decade. Existing stores, some under changing ownership, have capitalized on the market, as well.

Juli Dull, who has owned Juli’s Wearable Art since she bought it from its prior owner last year, said the resort has added a significant market to an existing base from central Pennsylvania. The store sells women’s clothing, jewelry and accessories along Pitt Street downtown.

“We definitely get a lot more visitors in town from them. It’s a great addition, but we also have a great local base,” Dull said. “I would say a third of it’s probably from the Springs, a third is our local people and a third would be regional.”

The sheer number of visitors has spurred development of a new trail, stretching across the region and set to grow along with business.

It was about the time of the resort’s reopening that downtown Bedford businesses began a concerted effort to redevelop the historic borough. Bedford’s main street program, Downtown Bedford Inc., began in 2001 and sought grants to beautify the town, restoring facades that in some cases date to the 18th century.

The timing was perfect.

“The property improvements started to happen; facades started to look nice; empty storefronts started to be filled,” said Tonya Grimes, manager at Downtown Bedford Inc. “Now here we have this really great, beautified town, and now the Springs has opened and attracted visitors, just because of how our town looks.”

Nothing demonstrates that connection like the Bedford Heritage Trail, the two-mile walking and biking path that connects the resort to downtown. First conceived in 2009, the trail opened in 2015 after a $1.4 million investment, according to its backers.

“The trail is heavily trafficked — not just by local people, but by Springs guests,” Grimes said. “Oftentimes, they’re carrying bags home, back to their rooms.”

Restaurants have sprung up or subtly changed their menus and styles to keep up with the new clientele. The couple who founded the 10/09 Kitchen, a dinner destination downtown, met while working at the resort, Shaffer noted.

The connection has prompted changes, and not just in private business. The town has more closely embraced its 18th-century history with promotional Whiskey Rebellion-themed events, while the Fort Bedford Museum has undergone a major overhaul.

The Southern Alleghenies Museum of Art recently announced plans to move a gallery into the circa-1814 Anderson House along Pitt Street.

When an investor first toured the site with U.S. Rep. Bill Shuster, R-9th District, in early 2007, he excitedly reported the congressman’s reaction: “This is so much better than it ever was!” he said, according to the Pittsburgh Post-Gazette.

A group of investors had put tens of millions of dollars into the decrepit complex, which had been shuttered for years and badly damaged in a flood.

It wasn’t always that way. The resort had been a major draw in the 1800s, when well-to-do travelers sought out the freshwater springs for their supposed medicinal qualities. President James Buchanan used the site as his “summer White House.”

When it reopened in July 2007, it had been restored to 19th-century style, with the glass and paint chosen to evoke the resort’s heyday. Since then, its golf course has drawn ex-presidents and its ballroom has hosted highbrow weddings and celebrations.

The Omni Hotels & Resorts chain of high-end vacation spots bought the facility in 2009, lending it its current name.

Between its more than 200 rooms, spa, golf course and dining, the Omni employs some 510 people, General Manager Bill Liedholm said. That alone is a significant impact in a county with fewer than 50,000 people, where the resort remains one of the largest single employers.

“From an overarching perspective, it’s had a huge impact,” Liedholm said. “In a community our size, that’s a huge percentage.”

Officials at the resort have long-term plans for further development, including additional phases to the Heritage Trail. A golf clubhouse with its own restaurant opened earlier this year, aimed at drawing more visitors to the resort’s historic course.

Looking to the future

The past decade of benefits haven’t come for free, however.

The resort’s massive renovations used a mix of private and public funds, and it sits on a onetime Keystone Opportunity Zone — a site where taxing authorities agree to waive certain revenue to encourage investment.

The zones can be controversial, particularly when businesses don’t bring the hoped-for benefits and economic growth. But the Bedford Springs resort has been cited as a “poster child” for the program since it returned to the tax rolls several years ago, state officials said.

This year, the resort paid more than $88,000 in county property taxes on its parcels, in addition to separate local and school taxes, county Chief Assessor Joyce Hillegass said. It also pays heavily into the county hotel tax, which goes toward tourism and promotional efforts: As of 2013, it reportedly put at least $250,000 annually into the county’s coffers through the hotel tax alone.

Local officials offer high praise to the resort, which they say has opened itself to local events and provided a much-needed boost to the county.

In turn, the resort’s officials take advantage of downtown community events to draw guests during the slower winter months.

With the resort now paying full freight in taxes and expanding its physical presence in the county, the next decade could see nearly as many changes as the last.

New restaurants and businesses still pop up downtown, and the connections between Bedford and the resort are set to grow in the coming years. 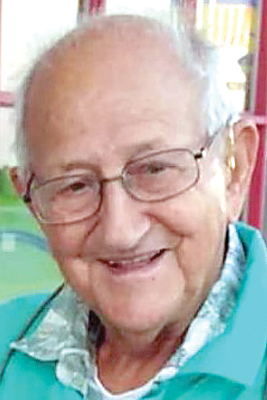 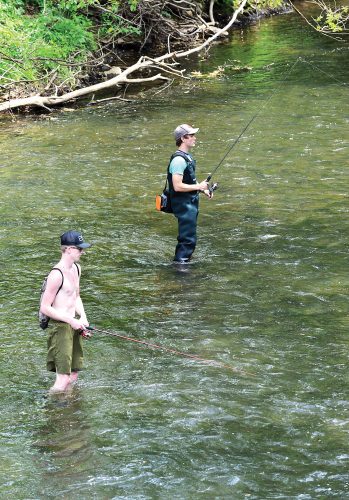 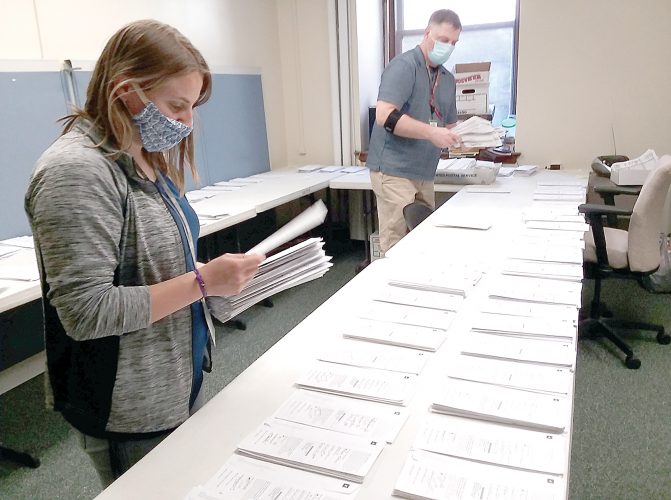