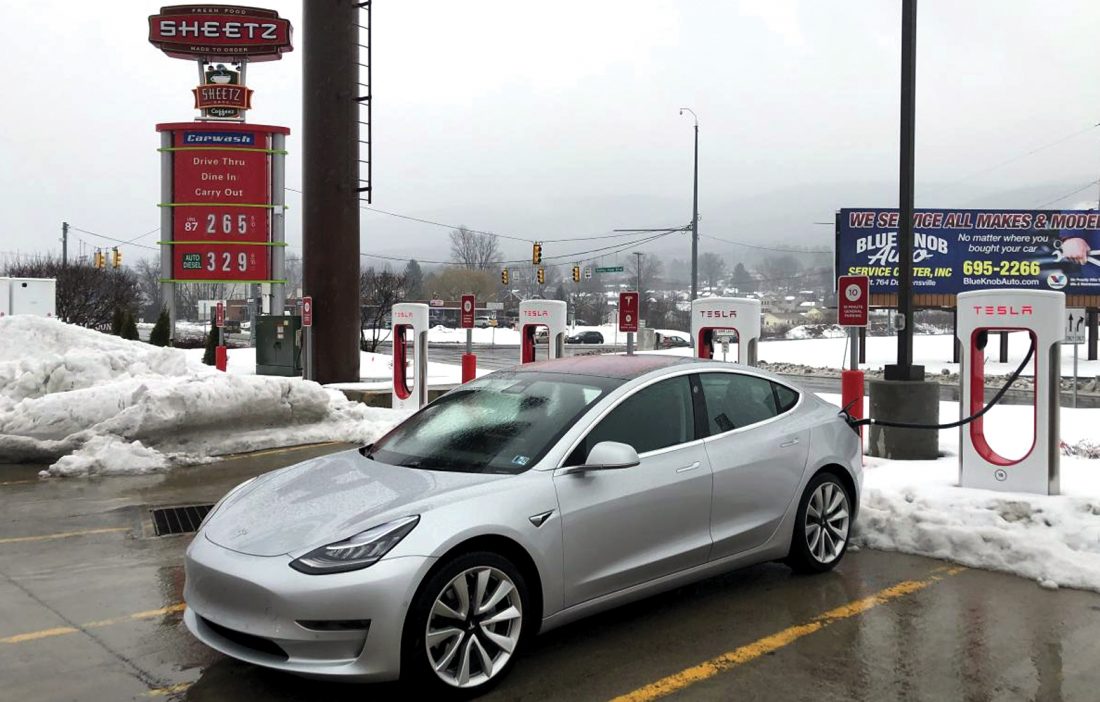 Courtesy photo / A Tesla vehicle is charged at one of the new Tesla Supercharger stations at Sheetz. The stations are located at the Sheetz on Pleasant Valley Boulevard and 17th Street.

Sheetz is continuing its efforts to become a bigger player in the electric vehicle industry.

“At these 21 locations, customers can enjoy the fresh and abundant amenities Sheetz has to offer, such as specialty food and beverages, fuel and more while the new superchargers will provide fast, reliable electric charging for Tesla vehicle owners,” said Nick Ruffner, Sheetz spokesman. “Sheetz’s new supercharging sites will help grow the electric vehicle charging network for customers while providing a quick and convenient stop for drivers to re-charge and get back on the road again.”

Tesla officials are pleased to work with Sheetz.

Sheetz, which first started installing electric vehicle chargers in 2013, has different types of chargers at other locations.

Sheetz is among the leaders in terms of electric vehicle charging, said Jeff Lenard, vice president of strategic industry initiatives for the National Association of Convenience Stores.

“The key factor is that charging times have come down and it’s become more clear how people will use charging stations,” Lenard said. “The prime locations for EV chargers are locations that are convenient with high traffic density in the area throughout the day and also have some sort of food offer that allows people to hang out for a few minutes. Sheetz certainly checks both of those boxes.”

The number of electric vehicles sold in the United States continues to increase.

As of December 2018, the Chevrolet Volt plug-in hybrid continued to rank as the all-time best-selling plug-in electric car with 152,144 units of both generations.

Sheetz may be ahead of the game, as by 2040, 54 percent of new car sales and 33 percent of the global car fleet will be electric, according to Bloomberg New Energy Finance.

Locally, there are not a lot of electric vehicles on the road. There are only four Tesla dealerships in Pennsylvania, with two in the Pittsburgh area.

Local auto dealers are not selling many electric vehicles.

“We don’t have any in stock but we still sell the Leaf. We are not selling many here,” said Matt Neumeyer, sales manager.

Stocker Chevrolet and Joel Confer Toyota in State College are seeing some interest in electric vehicles.

“We have some Volts and Bolts in stock. We sell a few of them, there is some interest there. We sold about four in the last 10 months. I don’t know if the interest will increase,” said Cory Stocker, executive vice president.

“We don’t have any in stock, but we’ve sold a handful. They are more prevalent in the larger metro areas, but we have people here who are interested,” said Alan Hall, sales manager. “We don’t get enough interest in the Prime to make stocking it worthwhile.”

Behind the desk: Beth Wagner

What products or services does your company provide? Full-service pet grooming for all dog breeds with deep ... 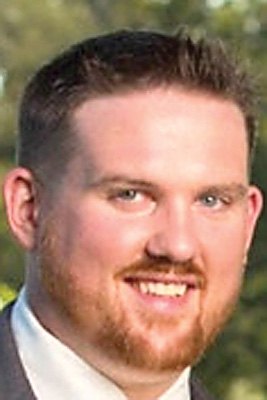 Behind the desk: Zachary Haulman

The president of the Pennsylvania Chamber of Business & Industry says workforce development is the top issue ...