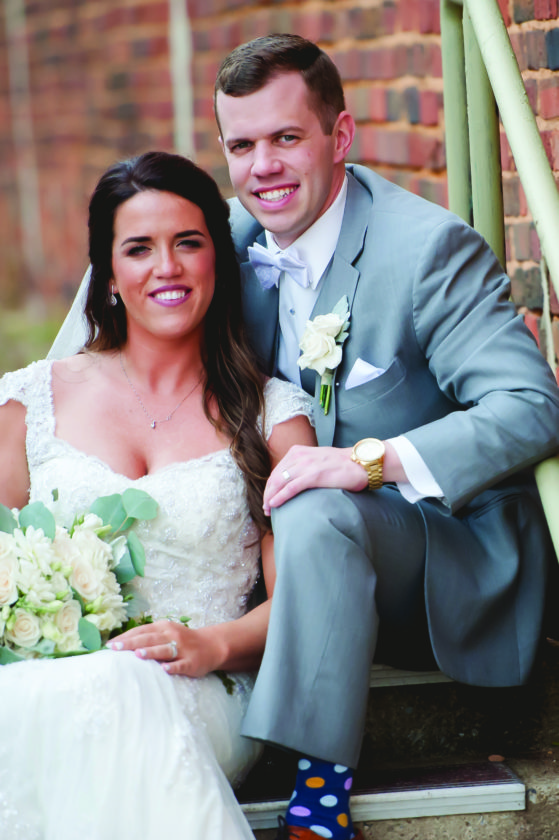 Chelsae Rae O’Keiff and Matthew John Metzger were united in marriage on Aug. 26 at Our Lady of Mount Carmel Catholic Church, Altoona.

The bride is the daughter of Sharon O’Keiff-Fusco of Altoona and the late John O’Keiff.

The bridegroom is the son of Donald Metzger and Molly Metzger of Wilkes-Barre.

Samantha Pope was the soloist.

James Dengler was the organist.

Rona Bohner and Cindy Ginter, aunts of the bride, served as gift bearers.

The bride was given in marriage by her uncle, Rodney Bohner.

Olivia Farabaugh was matron of honor, and Sara Reimer was maid of honor.

Flower girl was Ajaycia Alexander, goddaughter of the couple.

The reception was held at the Altoona Heritage Discovery Center, Altoona.

The couple took a honeymoon trip to Paris, London and Ireland.

They live in Baltimore.

Mrs. Metzger is a 2008 graduate of Altoona Area High School and a 2012 graduate of Mount Aloysius College, Cresson, with an associate degree in physical therapist assistant.

She is the lead physical therapist assistant at TenderTouch Rehab Services, Baltimore.

Mr. Metzger is a 2008 graduate of Coughlin High School, Wilkes-Barre, and a 2012 graduate of Mount Aloysius College with a bachelor’s degree in business administration.

He is a fixed income trading assistant at Morgan Stanley, Baltimore.