Be a cautious gardener: keep the chocolate in your candy bar

Spring has officially arrived, and people are chomping at the bit to get outside and “blow some stink off” (as my parents used to say), looking for any excuse to get outdoors and enjoy the warmth of the sun, even if it’s to work in the yard, around the house or on the car.

Some people have already started preparing flower and garden beds. If you’re in the warmer, sunshine states, you’re already watching buds blossom and new plants find their way through the topsoil.

Here in Pennsylvania, we have been able to use our scattered warm days to clear winter beds, prune rose and other bushes and prep gardens and beds with fertilizer and weed killer. We can’t quite plant yet but the time will come more quickly than we realize and we’ll be rushing to get our seasonal crops in the ground.

If you have pets, you have a whole other set of gardening rules that you need to play by.

Your backyard instantly becomes a vast, unexplored Serengeti to your pets, full of new things to smell, explore, taste or eat. Depending on how nosy your fur-babies are, you must portray the role of “cautious gardener.”

I do not like to use manufactured pesticides or weed killers. To me, I’d rather have to pull weeds by hand than worry about my crew sticking their snout into something that could harm them or walking through weed killer then licking their paws.

Once all the hard work is done, nothing sets off your architectural masterpiece more than a rich coat of mulch. I was intrigued when I learned of cocoa mulch.

Originally produced by Hershey, and now by many other companies, the mulch does contain cocoa beans which create an intoxicating aroma, what some say smells just like a chocolate Pop Tart. Can you imagine? I’d probably wallow in a pile and try to sniff it until I lost consciousness or until my neighbors started staring.

However, this particular cocoa mulch is no laughing matter when it comes to dogs and cats. Even though 98 percent of dogs and cats won’t try to eat it, I can guarantee that I would know those 2 percent that would.

Chances are, you do, too, and you may own a couple of these mulch-eating monsters. As tempting as it may be to fill your yard with the sweet smell of chocolate, I’d error on the side of caution and avoid this cocoa mulch if you have furbabies.

Cocoa mulch, made of cacao shells, is popular with gardeners because of its aromatic scent and because it repels garden pests, retains moisture well and has a rich brown color that darkens (rather than fades) over time.

Even though people have reported that their cats also try to eat the sweet-smelling mulch, cats usually are not attracted to sweet tastes but rather prefer other tastes (salty, sour or bitter).

So to be safe this spring, relish your moments in the sun and enjoy your chocolate in your steamed mocha. 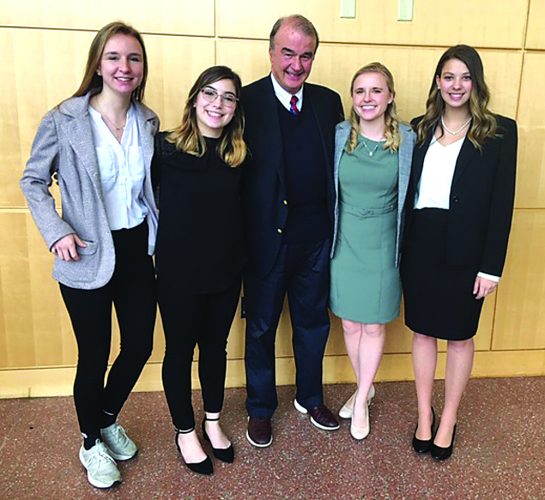 The Pennsylvania Association of Retired State Employees (PARSE), Blair-Bedford-Huntingdon Chapter 1-10 will meet at ...

Gaston to speak on ‘Great Migration’ HOLLIDAYSBURG — The Blair County Genealogical Society will meet at 7 ...