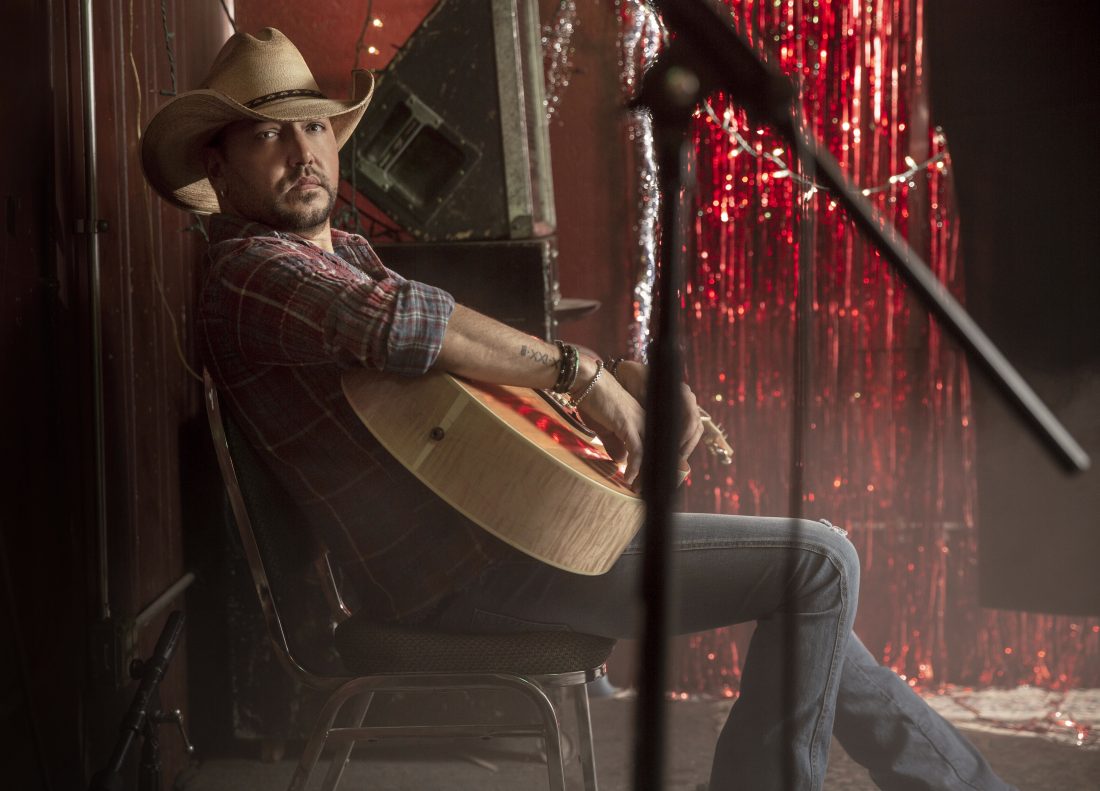 Courtesy photo Country music star Jason Aldean will return to the Bryce Jordan Center on Sept. 21. The show will be Aldean's sixth time performing at the BJC.

Pull up your western boots, buckle your belt and grab your cowboy hat for country music star Jason Aldean’s return to the Bryce Jordan Center.

His upcoming show on Sept. 21 will be a stop on his “Ride All Night” tour. This tour celebrates his newest — and eighth — studio album entitled “Rearview Town.” The concert will also feature special guests Cole Swindell, Carly Pearce and Dee Jay Silver.

“This will be Aldean’s sixth time in the building and his fourth time here as the headliner,” said Kate Clarke, director of marketing and public relations for the Bryce Jordan Center.

Aldean first played at the University Park venue in 2006 when he opened for Rascal Flatts. Aldean’s popularity has skyrocketed since then. He is well-liked in this region, as evidenced by how well he has done with tickets sales when he rocked the Bryce Jordan Center in the past.

“His type of music really speaks to the fan base here. He’s a combination of country and rock. He’s an every man and he trends really well,” Clarke said.

Local Froggy radio personality and WFGY Froggy 98.1 program director Jim Wisor agreed. “Jason (Aldean) has been consistently releasing music and touring over the past 15 years. That time span has really helped him connect to our country audience — appealing to younger and older fans — in this area and he’s also gained new fans as well thanks to his hit in 2011 ‘Dirt Road Anthem,’ which wasn’t your typical country song. That helped to expand his fan base to others that didn’t really listen to country music previously. It also helped evolve the sound of country music we hear today. With that said, I think most of his fans still perceive him as a ‘good ole country boy’ and sticking with his country roots,” he said.

Aldean’s music is well-known not only in this region, but also nationwide. His popularity has helped him sell more than 17 million albums. Aldean has also garnered 21 number one hits which include songs “You Make it Easy,” “Drowns The Whiskey” and “Girl Like You” from his most recent album.

It’s not a surprise to Wisor that Aldean’s songs perform well. “Jason’s lyrics and song meanings are very relatable to many,” he said.

Dana Snyder, partner in Round the Mountain, which produces Songs and Stories shows, agrees. “One of the reasons we love songwriters is that traditionally they are a bit more real and vulnerable. Some performers like Aldean and George Strait look for these songs that are vulnerable and speak to people and resonate,” she said.

According to the country music phenomenon’s website, Aldean is a “three-time and reigning Academy of Country Music ‘Entertainer of the Year’.”

He has also scored four consecutive chart-toppers with his current album on the all-genre Billboard 200 albums chart — making him only the second country act to ever receive that honor. Also noteworthy is that six of Aldean’s previous LPs have achieved at least a platinum status.

Aldean has topped the charts and has been nominated for and won several high profile awards. His website notes that in addition to being recognized by his fans, he has garnered, “countless recognition from the GRAMMYs, ACMs, CMAs, BBMAs, People’s Choice Awards and more.”

Many of Aldean’s shows on this tour — which launched on May 3 — have been selling out. “Fans can expect an energetic show. It’s a country show that is edgier than most with a rock concert feel at times,” Wisor said.

Aldean will present a mix of his fan favorites and some of his new hits during this high ticket selling tour.

His upcoming show at the Bryce Jordan Center has a 10,000 seat capacity. There are still some tickets open for his show there, but they are expected to sell quickly. Tickets for his performance start just under $40, not including taxes and fees.

“There are great seats still available. It should be a great show. We encourage people to come out and see him,” said Clarke.

Admission: Tickets start at $39.75 plus taxes and fees

For tickets or more information: In person at all Bryce Jordan Center ticket outlets and online at www.ticketmaster.com.